(This article originally appeared in the Sacramento Bee in April 2006.)

During the mid-1970s, Mike Sinyard, his friends and other carefree cyclists from California to Colorado began to negotiate winding dirt trails and careen down rocky hills.

They rode modified, fat-tired machines called clunkers and hoped for the best. They crashed their modified and renovated 1930s and 1940s Schwinn, B.F. Goodrich and Hawthorne bikes, wrecked their bodies, thrived on the thrill and returned for more.

Perhaps Sinyard landed on his head less often than others. And with a unique convergence of ingenuity, timing and risk-taking, the proprietor of a then seven-year-old road bicycle manufacturer and distributor in San Jose, took another uncharted leap.

Sinyard believed other thrill-seekers might want to get in on the fun. Soon enough, the Specialized Stumpjumper was born.

While others were about to do the same, Sinyard took a business risk not too dissimilar from the chances he took on his bike. With the help of a framebuilder friend from Santa Cruz, he offered mountain bikes to the national public.

“It was perceived as quite a risk,” Sinyard recalled. “In fact, when we came out with it, it wasn’t like all of our customers said, “Wow. That’s great. We’ve been waiting for you.

“Most of the customers said, ‘Mike, what are you doing with that big kids’ BMX bike? We don’t want that. What does it have to do with adult bikes? People are going to get hurt on it. We’re going to be in trouble. There was quite a bit of resistance.”

Tom Ritchey, Gary Fisher, Joe Breeze and Keith Bontrager — all now manufacturing stalwarts — were among the mountain bike daredevils who had custom-made machines in bike shops before Sinyard. 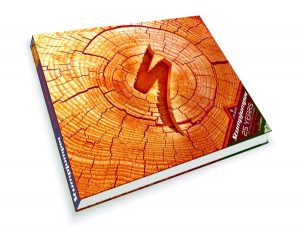 But it was the Stumpjumper that jolted the industry. Many others were soon in the mountain-bike-for-the-masses mix and the sport’s popularity catapulted into the 1980s.

Despite its quick ascension, mountain biking’s success then underwent a vast economic transition.

But the professional component of the sport, short on corporate sponsorship, soon plummeted. Recreational mountain biking began to dominate.

According to the National Bicycle Dealers’ Association, nearly 45 percent of the 18.3 million bicycles sold in the United States in 2004 were mountain bikes.

Specialized also will unveil a museum dedicated to the Stumpjumper. The display will include original models, memorabilia, appearances by some of the sport’s pioneers and a lot of reminiscing.

“It’s important, particularly for one reason,” said Sinyard. “It’s not that long ago, but some of the sport’s current best riders weren’t even born yet when the first Stumpjumper was introduced. It’s a little self-indulgent, but it’s also having some fun with the sport and its history.”

The 128-page hardback volume, commissioned by Specialized and produced and written by veteran cycling journalist Mark Riedy, details the history of the mountain bike with a Specialized focus.

The timeline of the various Stumpjumper models, interviews with industry pioneers, and photos of early riders and their favorite mountain rides are all included. The front and back covers are side views of an ancient stump.

“The mountain bike (beginning) really was not so much a technological movement as it was a real mental kind of switch,” said Riedy. “It was a revolution of how people looks at bikes and what bike could do. All those guys (mountain bike pioneers) . . . their big contribution was really a way of looking at bikes and a way of thinking about what bikes are capable of.”

Unlike some manufacturing advancements, the mountain bike’s history also has a unique twist.

Sinyard surmises that a mountain bike more technically advanced than the original Stumpjumper now costs as little as $300, less than half the amount of Specialized’s first production offering. An entry level Stumpjumper, however, now costs an estimated $1,300.

“What we’re seeing is that a lot of the riding is returning to the original roots of the sport,” said Sinyard. “It’s hey, let’s get out with our buddies out and go out for a ride. If it’s raining and muddy out there, that’s all the better. It’s a lot of the spirit of self-expression. I would say it’s escape.”