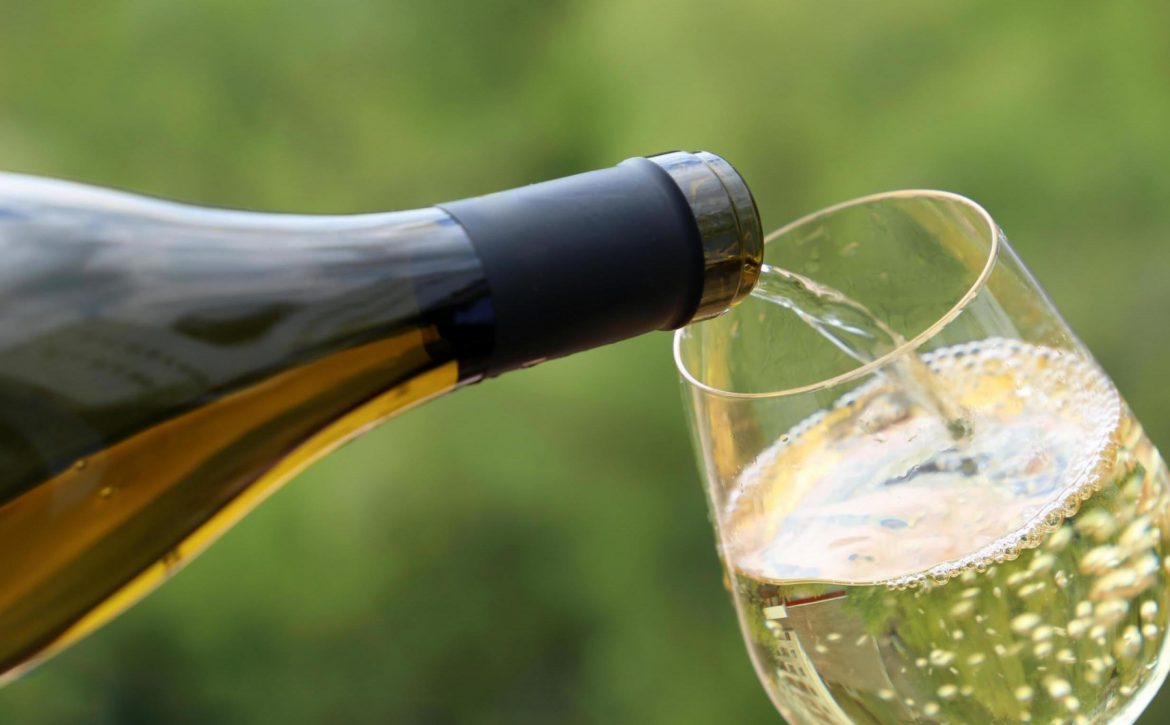 (This article was originally published in the March, 2008 issue of American Vineyard Magazine.)

The United States still pales in per capita comparisons to European and other global wine markets. But the U.S. population continues to steadily shift its consumption preferences from beer to wine.

Michelle in Washington, the opening session of the second day of the Unified Wine and Grape Symposium began Jan. 30 with a varied and largely optimistic State of the Industry presentation.

With an overflow crowd of more than 1,000 in attendance in the grand ballroom of the Hyatt Regency in Sacramento, California, Baseler and four other speakers offered a varied compilation of the wine’s industry current status — statewide, nationwide and globally.

Prior to her individual introduction of each speaker, Ross offered a surprise.

As part of the State of California’s new multimillion campaign to promote the state’s varied food and wine, a commercial featuring Gov. Arnold Schwarzenegger and First Lady Maria Schriever, was shown on two large projection screens flanking the elevated podium. 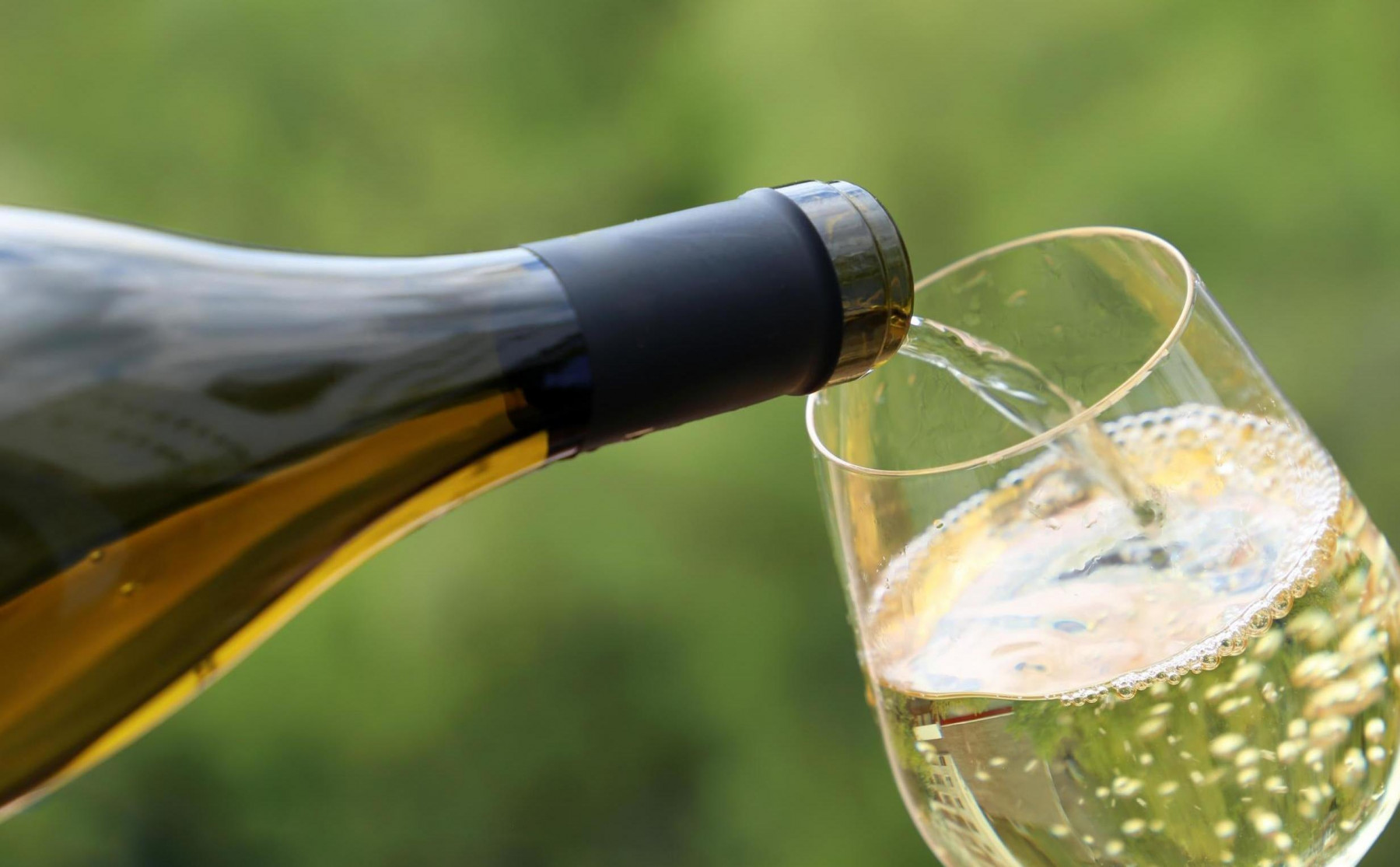 The 30-second spot, scheduled for national release in February, features various enthusiast chefs and restaurateurs as well as myriad scenery footage touting California as a land of wine and food.
The commercial concludes with the governor, seated with his wife at courtyard restaurant, looking directly in to the camera and saying: “You’ll be back.”

Baseler, whose Washington winery was later in the program selected as Winery of the Year, offered an enthusiastic but cautious outlook.

“There’s a continued tremendous transformation in the United States from beer to wine consumption and the reason is very simple,” he said. “Consumers are clearly trading up.”

“No longer are metrics that simply measure volume appropriate. Dollar volume is a much more important metric than unit volume. Looking at the 750 ml category, it now represents 66 percent of the revenue. And within that category, domestics are about 71 percent, important sales about 29. And that’s about the same throughout the full table wine category.”

Like the other speakers, Baseler’s comments were complemented numerous charts, graphs and statistical analysis.

One important area, Baseler noted, was consumers’ shift to higher-priced wine. In 2007, super premium and ultra premium wines experienced a combined 12 percent growth rate. The double-digit improvement, said Baseler, “Is about as robust as category in the supermarket today.”

Luxury priced wines had a 22 percent increase in sales last year, and Baseler said increases are expected to continue for years.
Despite his optimism, Baseler also offered a cautionary tone.

“Profitability means one thing,” he said. “People are going to come after you. And so while times are better, what’s going to happen is that as a category gets more competitive, it breeds innovation and that means more entries, a more fragmented category and lower category entry barriers.”

“Especially considering the dollar situation and the incentive that would give to American diners to buy American wine, that shows a real broadening of the market and that creates a challenge for American producers.”

Greene’s contention is that his magazine’s survey, while representing a niche percentage of the market, has historically provided an accurate prediction of industry wide trends in five-to-10 years.

“The time has come when our market is supposed to be the largest market in the world this coming year,” said Greene. “So we have the economic crisis, if you will, and this potential economic boom for our industry. How it will all come together is a little bit of a mystery.”

DiBuduo stressed that, like the increased amount of available wines, wine growers are independent and continue to become more independent. He presented a multipoint proposal for California to improve what he described as a “flattening share of the market.”
From increased research dollars to wine labeling industry improvement and increased promotion to continued buyer consolidation, DiBuduo said California winemakers are getting closer to what the market wants, but that a shortage is looming.

DiBuduo received the largest individual mid-presentation applause of the morning while emphasizing the need for economic stability.

“With the flattening supply, I think growers have to be ‘incentivized’ to plant more grapes and be successful,” he said. “I think they’re willing to do that. I think they’re willing to do whatever it takes. I also think growers are entitled to a reasonable return on their investment.
“You talk about the word ‘sustainability,’ the economic sustainability is what is going to drive to source of profit for the wine industry. I believe growers should be allowed to have return on their investment, as is anyone else in the industry.

“We just don’t want to cover the cost of growing the grapes. If there’s not profit, let’s pull the grapes out and plant almonds and pistachios.  Plant something that’s going to gets us a return on that investment. I think the wineries are entitled to a return on their investment and I believe growers are likewise. That’s called economic stability.”

Like his fellow panelists, Proctor expressed concern about the fluctuating value of the dollar. He presented a checklist of musts for the continued health of the industry.

“It’s important to continue to grow grapes even when the dollar is at historic lows,” said Proctor. “We have to continue to expand California opportunities.”

As the final panelist, Fredrikson was the only speaker to leave the podium. He paced across the front row of spectators and statistically compared the U.S. market with the global wine world.

“In world consumption, these numbers are kind of vague, but it appears based on volume, the U.S, market has surpassed Italy and moved into the No. 2 position by volume internationally, which is a big step forward,” said Fredrikson. “But, of course, when you measure us by capita, we barely show up on the map.”

“It’s good news in the sense that we have a long way to grow,” Fredrikson said. “But if you measure our market, however, in terms of estimated retail value, we already are the biggest wine market in the world. It’s an estimated $30 billion in retail sales. It’s very exciting, but it also means we are a magnet. We are attracting wines from more than two-dozen countries around the world.”

Fredrikson concluded the State of the Industry session by naming more than two-dozen brands as “Stars of 2007.” He then announced his organization’s selection of Chateau Ste. Michelle as Winery of the Year.